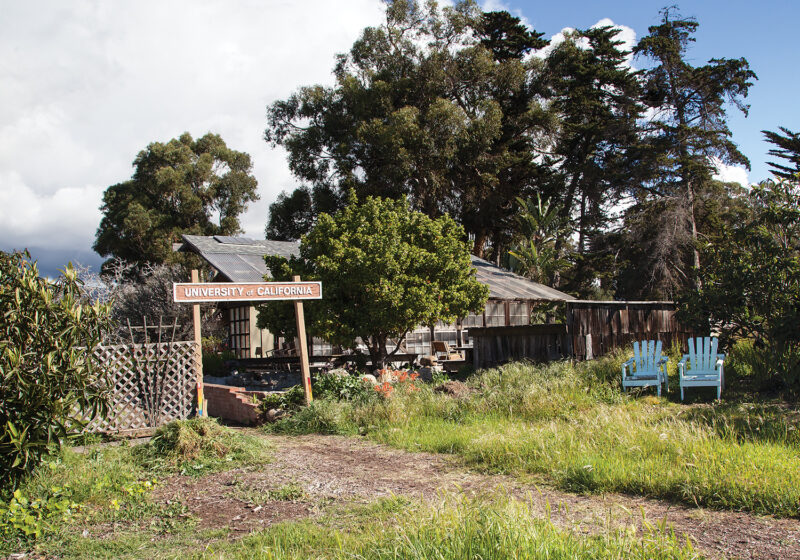 There is a little green gem of a place hiding in plain sight on the lands of UC Santa Barbara. It is not on the path of a yellow brick road, mind you, but rather tucked away on a dirt service road lined by stately cypress trees, an area that looks to be a bike rack graveyard and, when there are rains, lots of tall grasses.

Nestled between the often roaring environs of Harder Stadium and the soft drone of cars traversing Los Carneros, silently lies a patch of land known as the Community Garden, but officially monikered the UCSB Greenhouse and Garden Project.

It has been here longer than most Isla Vista residents have been alive, yet has remained a relatively secret garden that has magically moved and transformed throughout the decades.

What began as a little garden with a geodesic dome greenhouse and chickens where the Events Center is now located, graduated to a larger spot where the Santa Ynez Apartments currently stand, the little garden that could has now blossomed to a healthy five-acre spread.

Replete with a ’70s Isla Vista vibe via wood-shingled buildings, a hanging crystal or two and hand-carved wood signage seen in various stages of tilt, it honors the optimistic character of Isla Vista of old—but the garden community members are looking and working toward a more modern and sustainable future.

Marcus Tullius Cicero prophetically mused, “If you have a garden and a library, you have everything you need.” Many a student, professor and employee of the University has found truth in those words. Not only is there an expanding library serving the burgeoning student community, but there is also a growing number of people believing in the return to the basics of life and discovering the joy and tribulations of growing their own food sustainably.

Denise grew up in Oklahoma with a grandfather who was big on growing things, as his father was a gardener. The red clay soil of the Sooner State was great for garden plants, especially tomatoes, one of her favorites. She remembers her grandfather dutifully digging up the backyard to plant flowers for his wife and to allow Denise enough space to grow her own veggies.

She has lived in five states and has maintained a garden in each, learning the subtle (or not so subtle) variations of climate and soil that make certain plants survive and thrive and others futile to plant all together. But no matter what edibles she plants, there are always flowers in her gardens, perhaps in homage to her grandfather or just because she enjoys the added color florals bring and the pollinators they attract.

At the Community Garden, she has slowly grown her numerous plots, like a skilled Monopoly player, for the past 2½ years and you will often find her out amongst the plants along with her “poor husband, Bill” who has helped build raised beds and fences to ward off nuisance animals such as rabbits, gophers and the ubiquitous squirrels. Denise has faced aphids and bugs before in other states, but the animals are a new challenge to her gardening here.

“I’ve never had to chase furry things before,” she chuckles. “This place is ground squirrel central.”

Having a garden also brings challenges and opportunities in influencing what type of cooking is done at home as the garden can produce dramatically different things from season to season—or plot to plot, depending on microclimate whims. Denise’s eggplants, a poor show last year, are now “harvesting up a storm” and her herbs are doing exceptionally well, especially the rosemary plant she describes as “behemoth.” Because of this boon, she has really “gotten into” drying more herbs, as well as experimenting with flavoring vinegars for culinary usage.

As a librarian, of course, when asked what book she would recommend to any gardener, she quickly replies The Sunset Western Garden Book. And as to advice she would give a novice green thumb, “Never plant anything in the mint family (including catnip) freely. Ever.” I’m not so sure the garden’s resident feral barn cat, Lizzy, agrees with her on that, however.

Kristen is the staff advisor to the garden and initially got involved in 1996. She was actually the person to mention the existence of the garden to Denise. She has maintained various plots through the years and has seen many changes to the community, watched many people come and go, including Chris Finley, of Finley Farms in Santa Ynez, who was highlighted in the Summer 2010 Issue of Edible Santa Barbara as a part of the “Young Farmers” article.

Kristen also fondly remembers Peter Shapiro, a library assistant who passed away in 2002 and had carefully tended the garden for 20 of the 28 years he was employed at UCSB. There is a special section in the garden honoring his dedication and political activism marked with a wooden sign reading “Peter’s Peace Garden.”

She is proud of the sense of support the garden and its community provide, where transient people, mostly students, stay put for awhile and take root, learning life skills that they can take with them wherever they may venture next. There is also a wide variety of cultures and ages involved, providing a platform for institutional knowledge to be shared and reconnecting with traditions of working with, not against, the land.

Kristen also finds that people appreciate the empowering and emotional connection to this little space on a very sensory, personal level, illustrated most recently after the shooting tragedy in Isla Vista.

“Students came to the garden seeking a safe place to get grounded and deal with their intense emotions,” she says.

Being safe in the garden also means that no pesticides or harmful chemicals are permitted to be used, allowing for a healthy environment for both plants and humans. To become a community garden member, a fee of $40 per year and a one-time $10 refundable deposit is required. Membership fees include an available plot of your choice, access to the greenhouse, tool use, water, woodchip mulch and manure provided by the nearby UCSB campus Horse Boarders Association. Potlucks and quarterly meetings are also held to connect with other members to discuss issues and events.

Educational institutions are very much like gardens, for each encourages exploration and experimentation. Perceptions of failure, a bad grade or a dead plant are only lessons from which to learn. Seeds, of the knowledge or physical varieties, are planted in hopes of reaping a bountiful harvest at the end of the process—whether it be informed, socially productive citizens or a pantry chock-a-block with vegetables.

Library, check. Garden, check. You have all you need. Now, go read up on what you will be planting out on campus this spring. 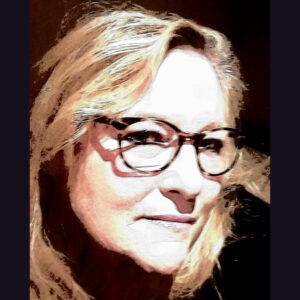 Jill spent her youth in New Hampshire, Florida and California. As an adult, she finally decided to stay put in the Golden State, and Santa Barbara in particular. Her interest in food was inspired by her culinary competitive parents and the various foods sampled throughout the family travels across the nation.
She has owned a cookie company, worked at a local newspaper, went to Art School, surfed horses off of Coal Oil Point and baked cookies for Chuck Williams. Her passions include collecting regional cookbooks, watching the ponies race at Del Mar and Santa Anita, volunteering in the community, hugging trees and swilling soy lattes. 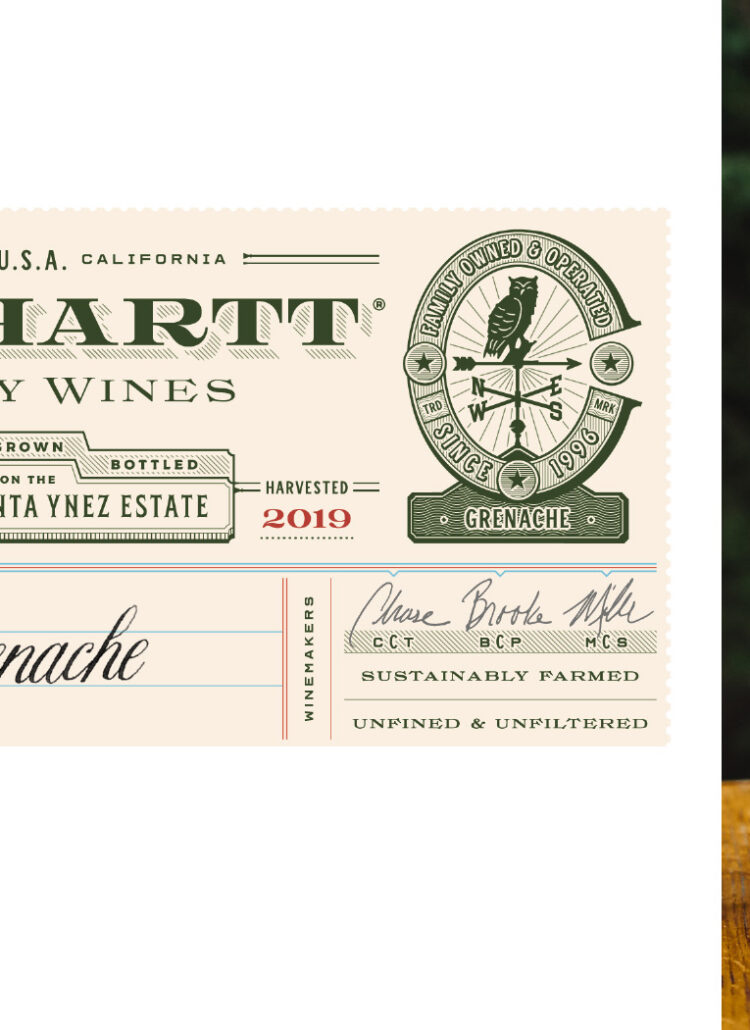 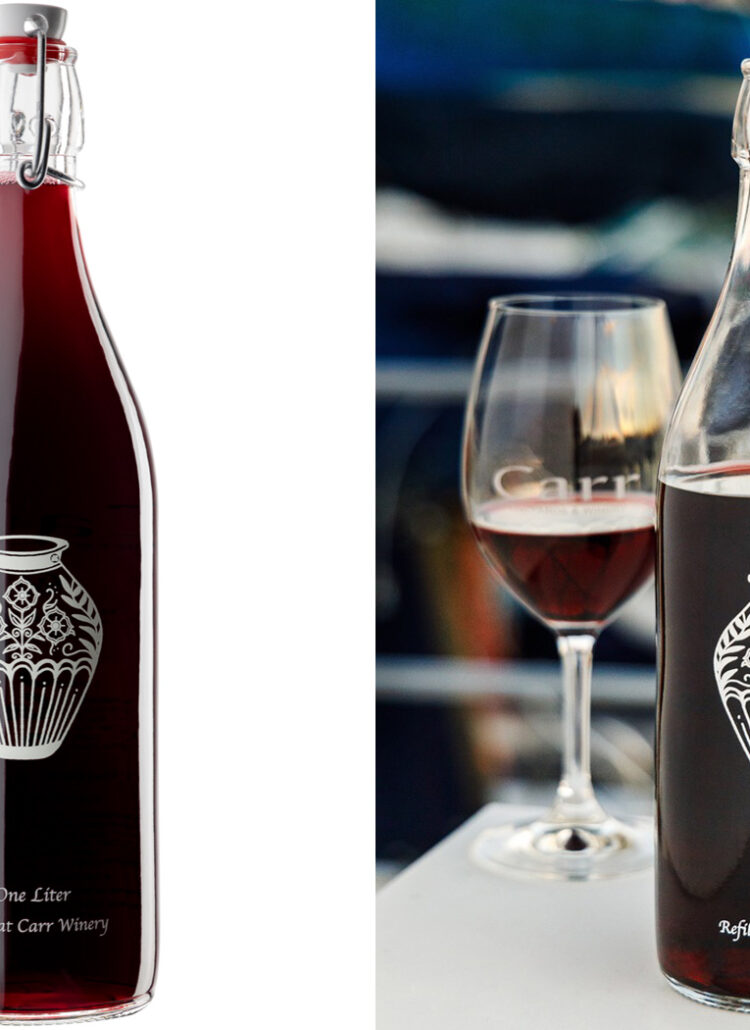 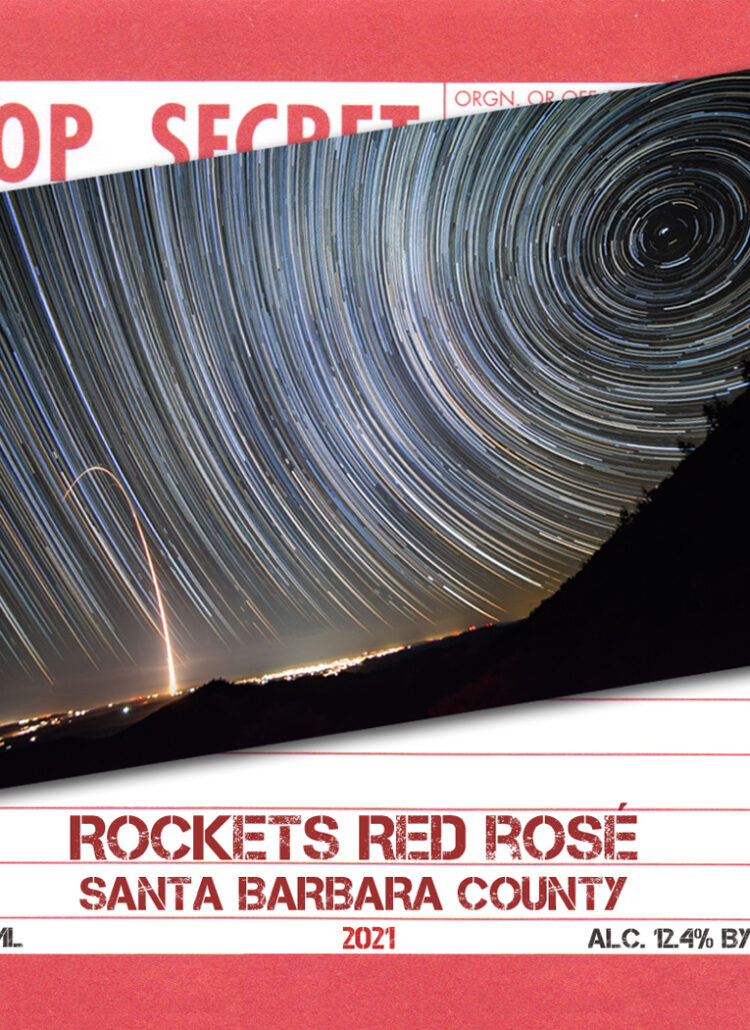 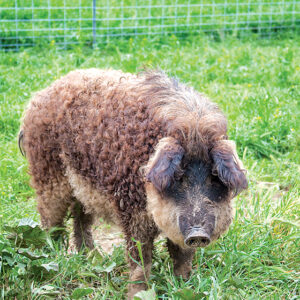 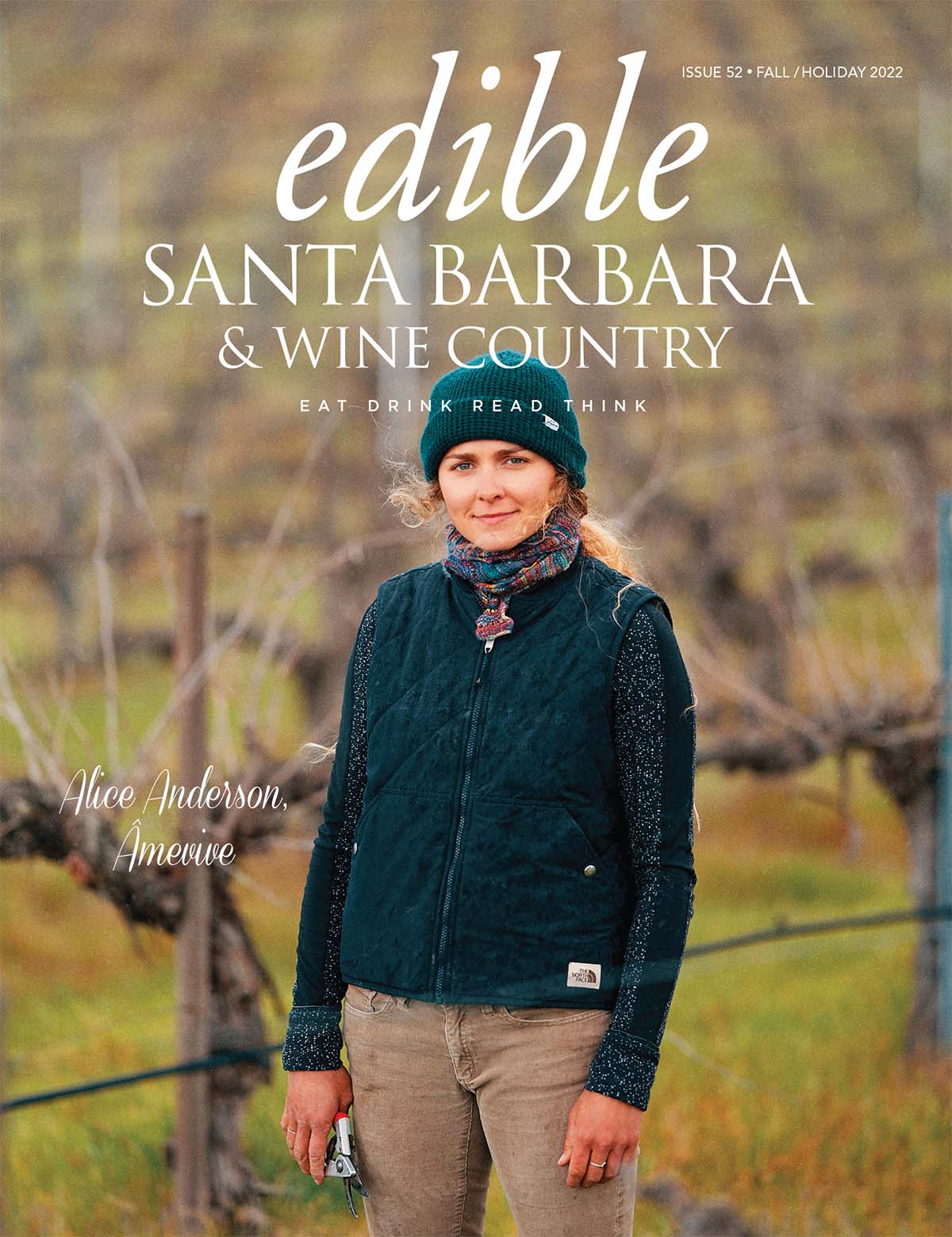 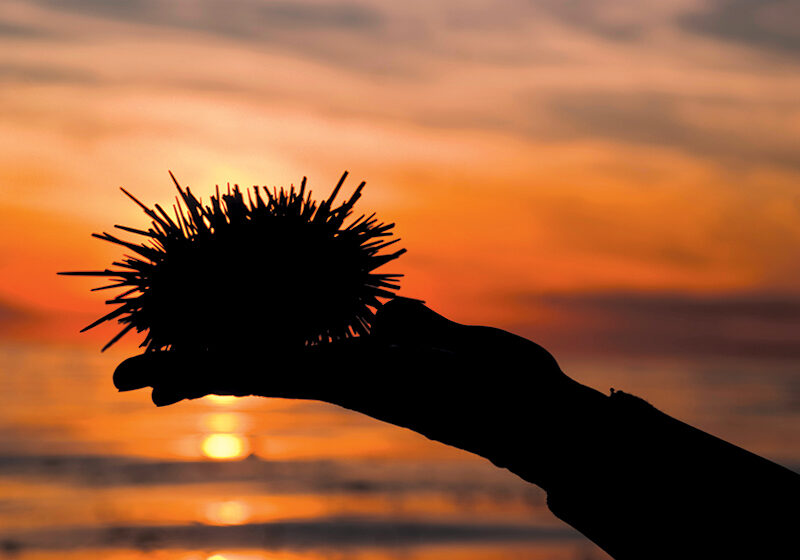